Call in the big guns and take a shot at recruiting Hulkbuster on August 21st at 5:00PM (PDT) with the upcoming Monster VS Machine Event. Fortify your roster during this limited-time event: 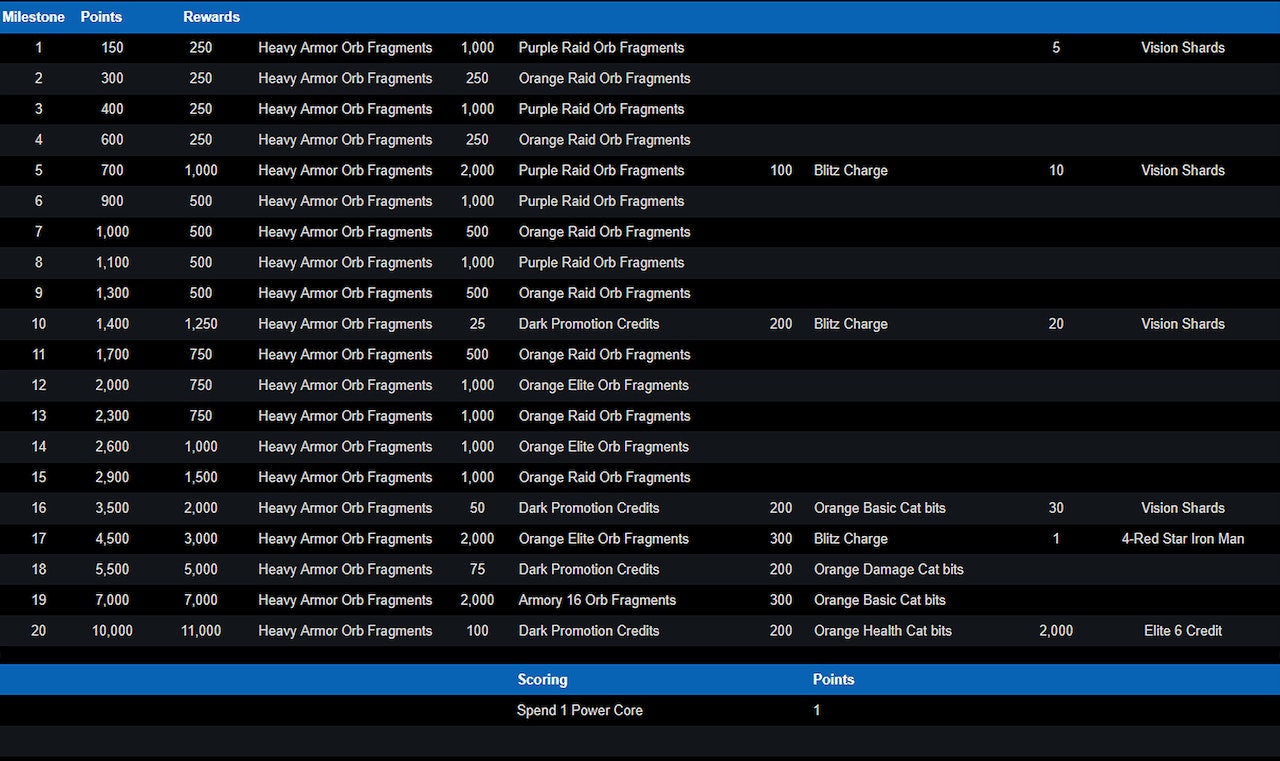 Quick Rumble: Assemble! Charging to the battlefield on August 25th at 5:00PM (PDT) is Iron Avengers, the fourth Quick Rumble of Techno Future, with the featured trait of Wave 1 Avengers.

Score wins through either Blitz or Blitz Sim (40pts) to earn points toward the Iron Avengers Milestone, which rewards Blitz Credits, T1 and T2 L1 Ions, T1 and T2 Basic Iso-8 Orbs. Accelerate your progress through the milestones by winning with characters who possess the Wave 1 Avengers trait at 5 Stars (1,300pts) or go even faster with those characters at 7 Stars (2,950pts). It has come to our attention that many players didn’t open their Gambit Raid Orbs before they were removed from the game. On August 19th at 5:00 PM (PDT), we will add the Gambit Raid Orb back into the game for one week. Please take this opportunity to open any orbs if you still have some in your inventory.