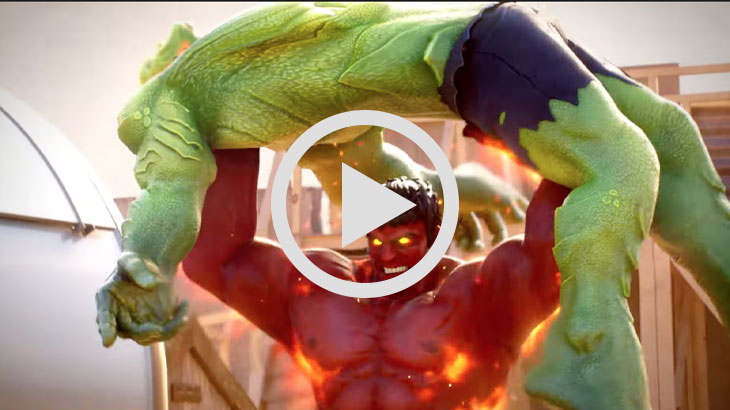 General Thaddeus "Thunderbolt" Ross spent years pursuing the Hulk, an obsession that eventually led to the death of his daughter, Betty. He allied himself with the supervillains Leader and M.O.D.O.K. in a pact to seek vengeance against the Hulk in exchange for bringing Betty back from the dead. Using the Hulk’s body and energy, Ross was transformed into the monstrous Red Hulk – a red-skinned beast with similar size and strength to that of the regular Hulk. Unlike the Hulk, Ross can consciously transform into the Red Hulk, along with possessing the powers to absorb energy and emit fiery Gamma Radiation.

Red Hulk is the Legendary Brawler for the Gamma team and features high Damage and Health stats. He crushes foes with big attacks, clears enemy Revive Once, and applies negative effects, including Trauma and Heal Block. Red Hulk also features the Gamma Radiation Battlefield Effect, which causes enemies to get attacked and gain 3 Bleed on their turn. 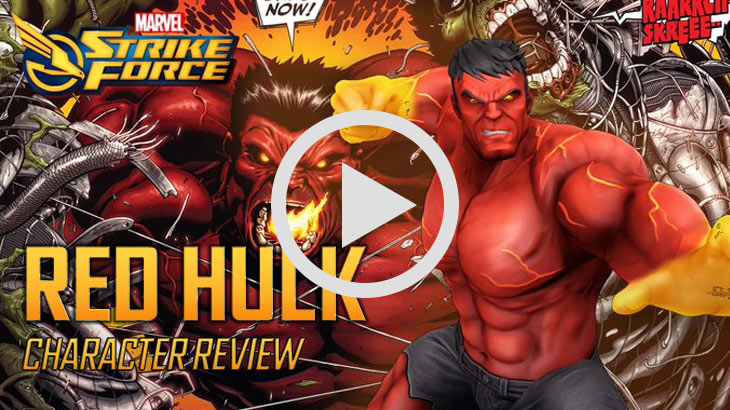 Transforming the battlefield along with Red Hulk on the Gamma team are Brawn, Abomination, Hulk, and She-Hulk. This team can SMASH the top squads out there, but they tower over the competition in Alliance War, their specialty.